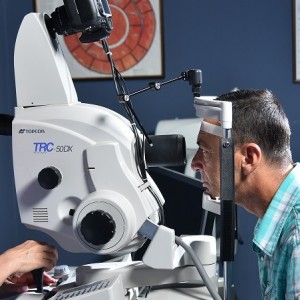 Fluorescent Angiography is a technique for examining the circulation of the retina and choroid using a fluorescent dye and a specialized camera. It involves injection of sodium fluorescein into the systemic circulation, and then an angiogram is obtained by photographing the fluorescence emitted after illumination of the retina with blue light at a wavelength of 490 nanometers. The test uses the dye tracing method.

The substance is vein injected and after fixed time series of pictures called angiograms are made. Images show the condition of the colored vessels of the retina and reveal number of pathological changes. Fluorescein angiography is used to evaluate the vasculature of the retina, choroid, optic disc, and iris. Among the common groups of ophthalmologic disease, fluorescein angiography can detect diabetic retinopathy, vein occlusions, retinal artery occlusions, edema of the optic disc, and tumors.

In our clinic for Fluorescein angiography Topcon, model TRC-50DX is used. 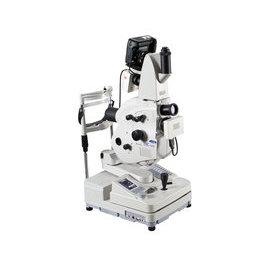 Dr. Stanimir Troshev is one of the leading ophthalmologists in the country. In 2009 he founded the most modern eye clinic in the town of Stara Zagora… read more